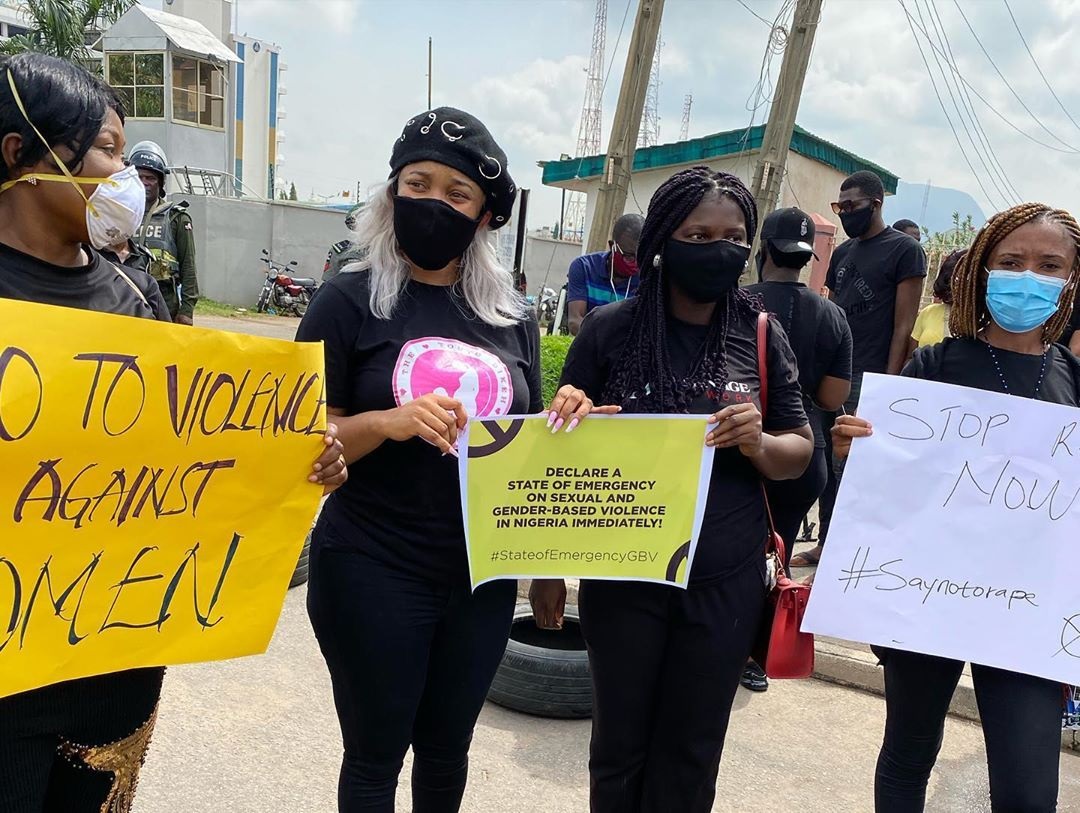 Tonto shared photos of herself from the protest and wrote; “Earlier today I joined @realwarripikin and others amazing NGO’s to hold a PEACEFUL PROTEST AGAINST GENDER BASES VOILENCE, RAPE AND MURDER OF OUR YOUNG GIRLS AND WOMEN.. TODAY WE SAY ENOUGH IS ENOUGH” 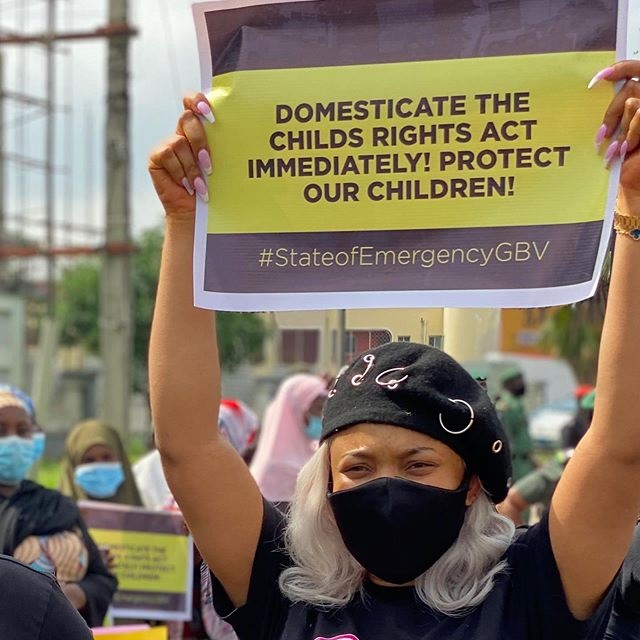 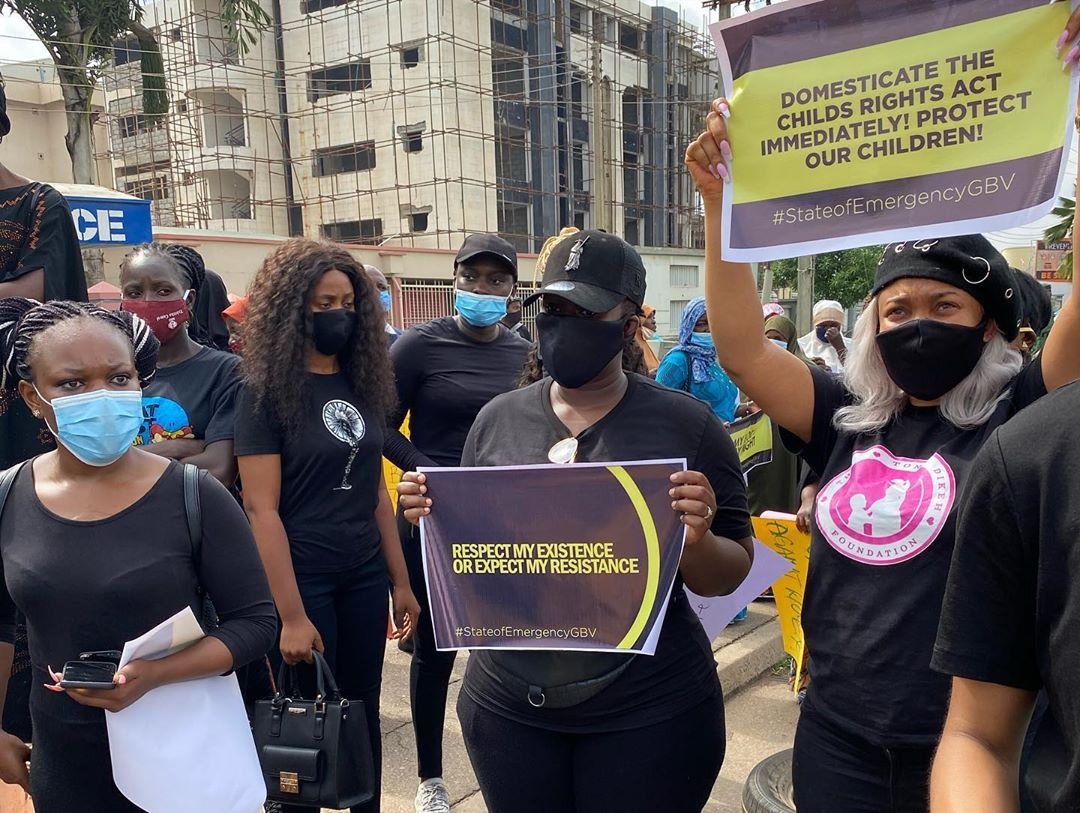 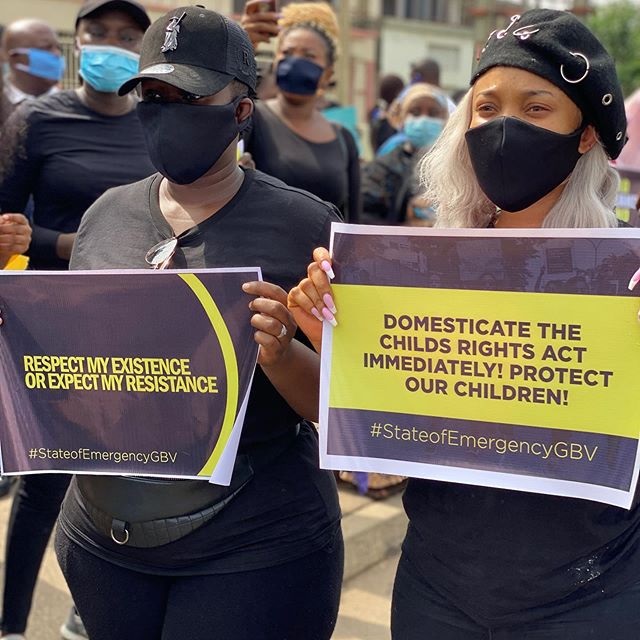