Spouse of Nigerian singing sensation, Timi Dakoko, Busola Dakolo, has given an update on her rape case with popular clergyman, Pastor Biodun Fatoyinbo. 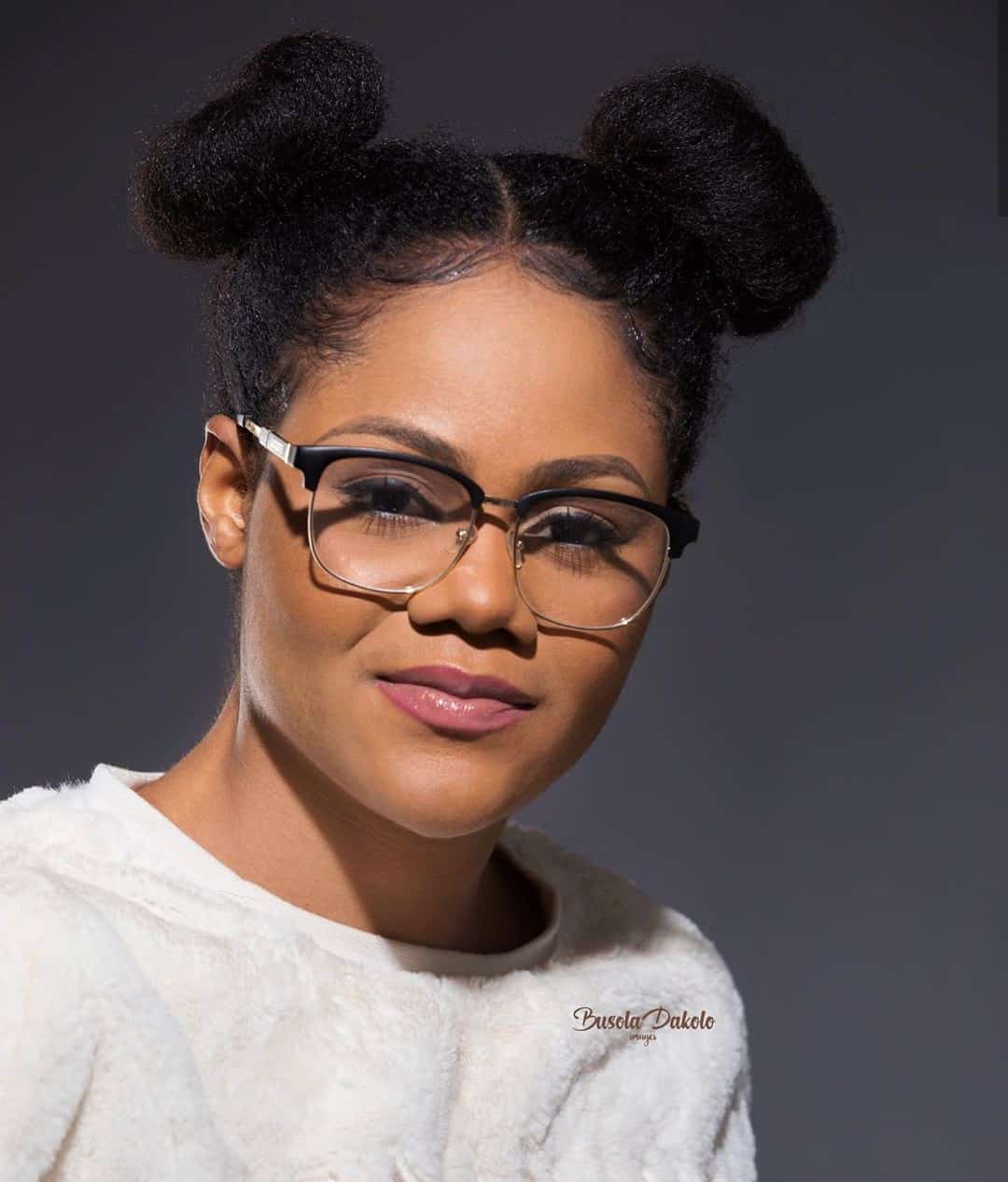 In her update on her social media page, Busola, a professional photographer and fitness enthusiast, shared how there have been plots to silence the issue, but she is hell bent on getting justice, as her case ‘cannot be silenced’. 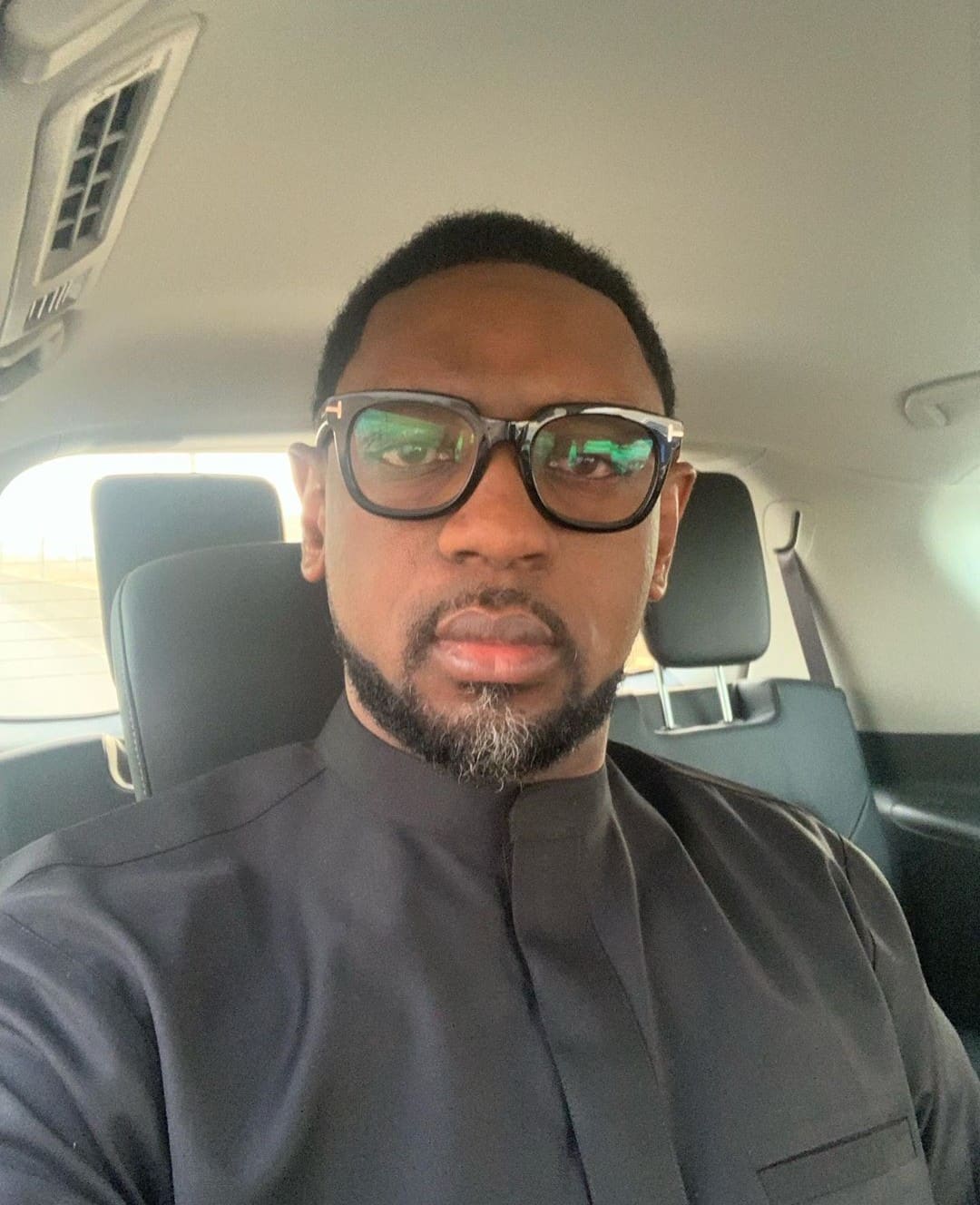 Read her update below;

“It is now officially one year after since I came out and told the most important story of my life up until this point. That when I was a teenager, Biodun Fatoyinbo violently raped me. It wasn’t just me.

In the media, on social platforms and in private, women have been sharing stories of how this man either destroyed their lives or tried to.

A lot has happened in that time: and my heart is glad that consciousness continues to be raised about the great evil that sexual abuse is, and how widespread it is, and how much women are at risk, and why we need to ensure justice for those who find the strength to speak out.

Awareness is victory. But we are pushing to another even great victory: Justice.
When the courts last year decided to rule in favour of the man who assaulted me, people were crestfallen. I understood.

What they didn’t know however is that before we even began, we had been prepared for a long haul battle that may take years because the Nigerian legal system isn’t wired to help sexual abuse victims get justice.

Today, I have a major update. The police has concluded its investigation. And handed over its report to the Ministry of Justice in Abuja for onward prosecution of Biodun Fatoyinbo. He clearly has a case to answer.
But there has been silence from the ministry. Silence. A loud silence!

We have written a letter but for over a month we have no response. Instead, my lawyers and my family have heard about all manner of manipulation and foul play being attempted to stop the ministry from beginning prosecution immediately. Or even to get the police report manipulated.

My name is Busola Dakolo, a survivor of one of the most horrific acts -rape. My voice will not be shut down. My case will not be silenced. I am thankful to those in and out of the police, the ministry and the corridors of power who have called in solidarity and to reassure me that they are monitoring the ministry of justice and that this pressure to bury the case will not succeed.

I am updating the Nigerian public because you all made my story matter. You joined me to say enough is enough. With you, this has been an easier process.” 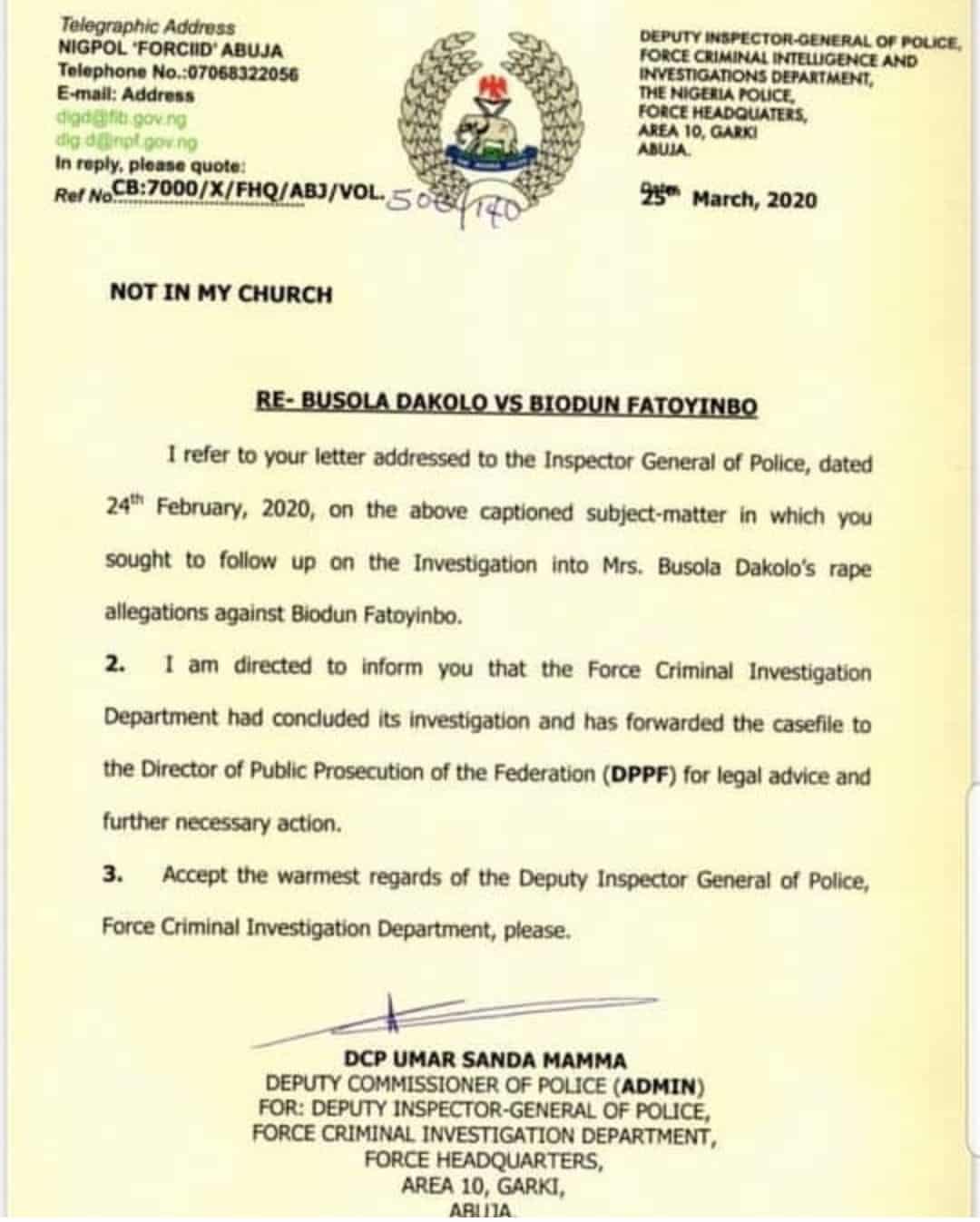