The actress accompanied the photos with a brief history on the pastor’s spouse, Uju as she refuted the claims making the rounds that she was the daughter of late Eddy Nawgu, who was a popular self-acclaimed prophet and an occult practitioner.

Because of his rather infamous reputation and Prophet Odumeje‘s suspicious rise to stardom despite his unorthodox ways of preaching, a lot of people have believed that he got spiritual help from his wife whom they believe is Nawgu‘s daughter.
Edochie in her post, stated in clear terms that Odumeje‘s strength comes from God and not his wife who is in fact not the daughter of Nawgu. 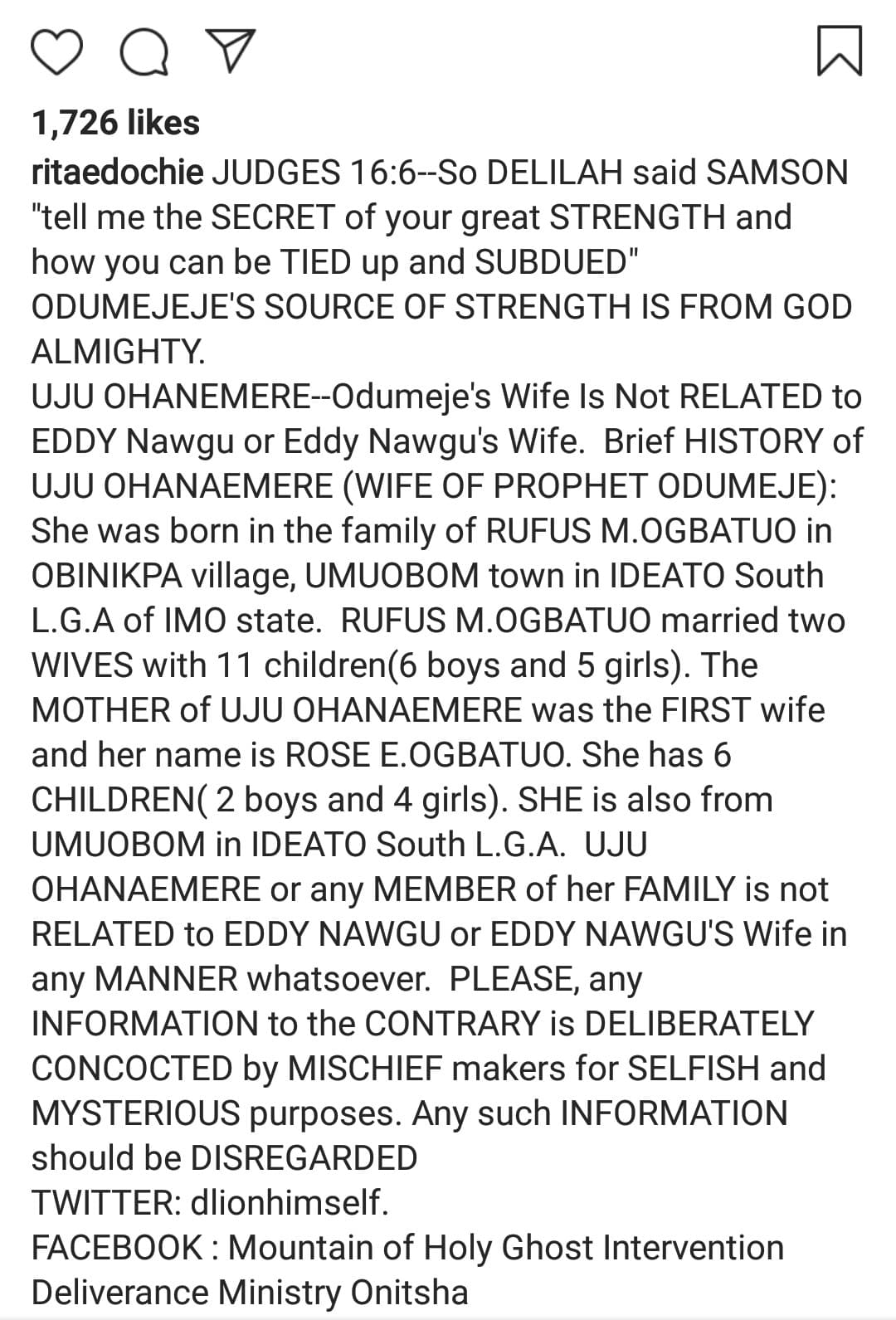 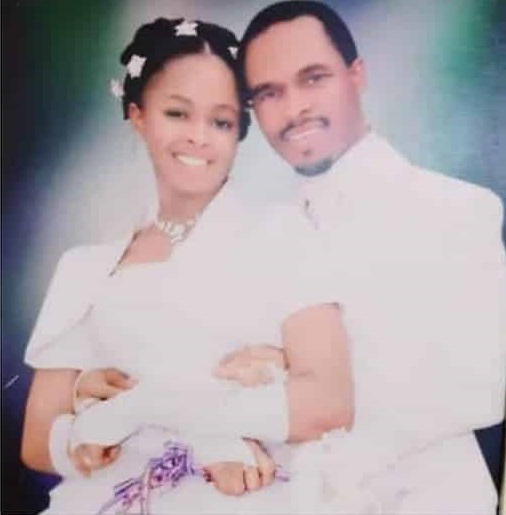