A 27-year-old self-confessed robber and serial rapist, identified as one Adeniyi Ajayi, on Tuesday revealed that he raped women and maids in the presence of their husbands and bosses, as punishment for refusing to give him money, during his operations. 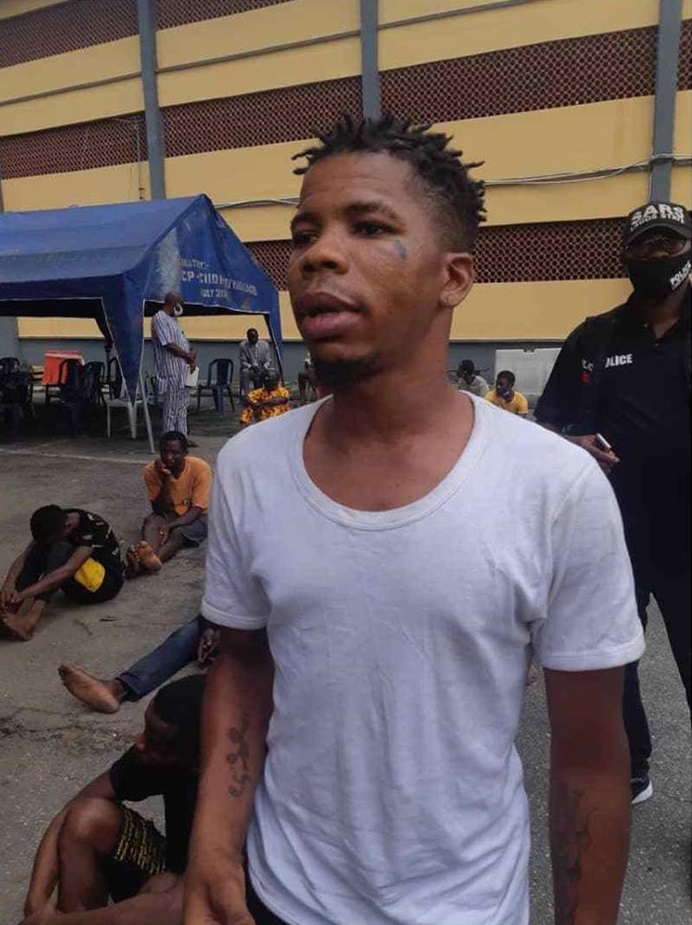 According to a report by Vanguardngr, rather than showing remorse for his action, Ajayi, who is an ex-convict, begged the Police to kill him, instead of sending him back to prison. The suspect, who runs a one-man squad, was apprehended in a hotel at Ijora 7-up area of Lagos.

His modus operandi was to break into victims’ homes, ordering them to cooperate with him or risk being killed by other members of his gang whom he claimed had surrounded the building.

When news of his arrest filtered round Sabo and its environ, eight victims, some of who were civil servants and lawyers, stormed SARS office to affirm that he raped them during operation.

Among them were also two female staff of a company in Sabo, who disclosed that he raped them right before their male colleagues, in broad daylight on June 16, 2020.

During interrogation, he admitted culpability. He said,

“Yes, I rape women whose husbands refused to give me money, and those tried to make things difficult for me during operation.

I operated alone, with just torchlight. But I would be giving orders to my imaginary gang members, on where to position themselves, just to give the impression that I was not alone.

The solution to this act is for the Police to waste my life because if they take me to prison, I will come back hardened and I don’t want to keep disturbing Nigerians. It is better they waste my life. They should just kill me to end it all.”