Adeyeye Babatunde, a final year student of the Lagos State University who was recently lambasted on social media after a video of him sucking the lips of his sister, has now apologized after being dubbed a pedophile. 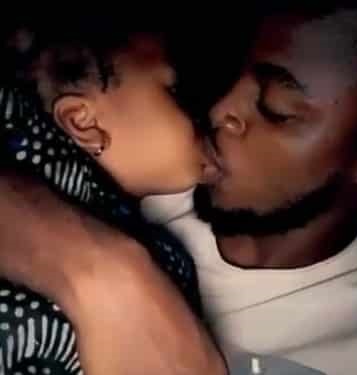 Babatunde triggered the wrath of so many Nigerians after the video he recorded of himself kissing a little girl who looks no older than 5-year-old on her lips, was shared online.

In a new video, Adeyeye apologizes and claims he only French kissed her sister out of the likeness they have for each other as siblings. According to him, he didn’t know the gravity of what he’d done and how viral the video would go, he then promises that the incident won’t happen again and begged the people to make it “die down”.

A lady, who’s also seen in the video and is believed to be the mother of the little girl, added that there’s nothing going on and the man was just “playing” with the girl.