Blessing Okoro took to Instagram to address critics who won’t stop judging her for the Onye Eze saga.

2Kay wrote: “No be this girl wey use the stone them throw her take build mansion?”

Blessing had hit back, saying, “even my stone and lie blow pass your entire failed music career.”

A number of other people dragged Blessing, reminding her that she claimed Onye Eze’s house as hers.

Today, she released a reply for her critics by sharing a photo of her in a t-shirt with her finger pointed to the words on the t-shirt.

The words say: “Na lie I lie I no kill person.” 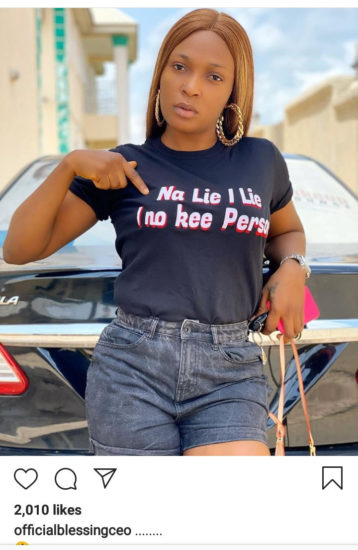