The former Minneapolis Police officer who pressed his knee into George Floyd’s neck was charged on Wednesday with a new, more serious count of second-degree murder, and the three other officers on scene during his killing were charged with aiding and abetting second-degree murder.

“I strongly believe that these developments are in the interest of justice for Mr. Floyd, his family, our community and our state,” Minnesota Attorney General Keith Ellison said in announcing the charges.
The announcement came more than a week after Floyd was killed while in police custody in Minneapolis, sparking nationwide protests that call for the end to police violence against black citizens.
Derek Chauvin, who pressed his knee into Floyd’s neck for nearly nine minutes, was previously charged with third-degree murder and second-degree manslaughter. The new second-degree murder charge says he killed Floyd “without intent” in the course of committing assault in the third degree, according to an amended complaint. 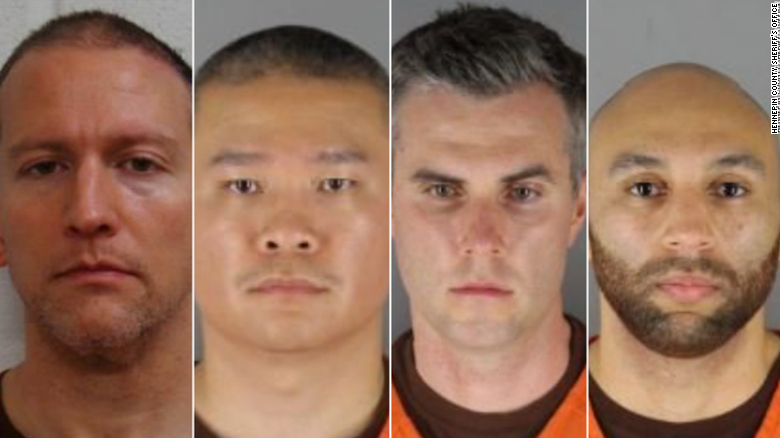 Derek Chauvin, Tou Thao, Thomas Lane and J. Alexander Kueng are facing charges in the death George Floyd.
Thomas Lane and J. Alexander Kueng, who helped restrain Floyd, and Tou Thao, who stood near the others, were not initially charged. Lane, 37, Kueng, 26, and Thao, 34, are now charged with aiding and abetting second-degree murder and aiding and abetting second-degree manslaughter.