Nollywood actress, Funke Akindele gave a troll on Twitter a piece of her mind when the troll said late Uwaila Omozuwa exposed herself which made her become a rape victim.

The lady identified as @Mimi_Banks on the social networking platform went on to advise ladies to offer guys sex instead of allowing themselves to be raped.

“Ladies instead of rape give them sex …heaven help those who help themselves abi aunty tiwa @TiwaSavage wetin u see for wetin I talk?

“Y’all saying #JusticeForUwa but then have u guys asked yourselves what was she reading for, for chrissake we were asked to stay indoors ,she violated the Nigerian rule!”.

Funke Akindele, appalled by the tweet, reacted to it before proceeding to block her. The actress wrote,

Surprisingly, the Twitter user still stood her ground and fired back at the actress, saying,

“I’m not a clout chaser nor attention seeker fine if @funkeakindele decides to block me fine who she help before …imagine ur 18 year old son drives ur car out without ur knowledge and hit someones else’s car but no injuries what the first thing you ask ur child “why did u do it”.

Late Uwaila Omozuwa was raped and murdered while she was reading inside a church during the lockdown period in Edo State — the gruesome news of her death has since caused an uproar on and off social media with people protesting against rape and incessant killings in the country. 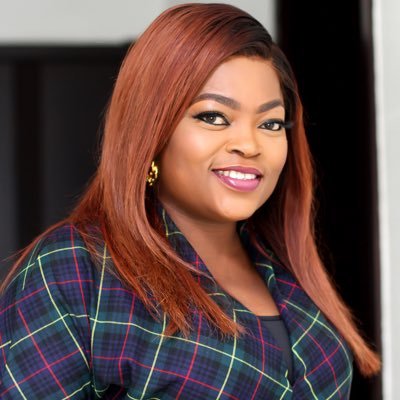 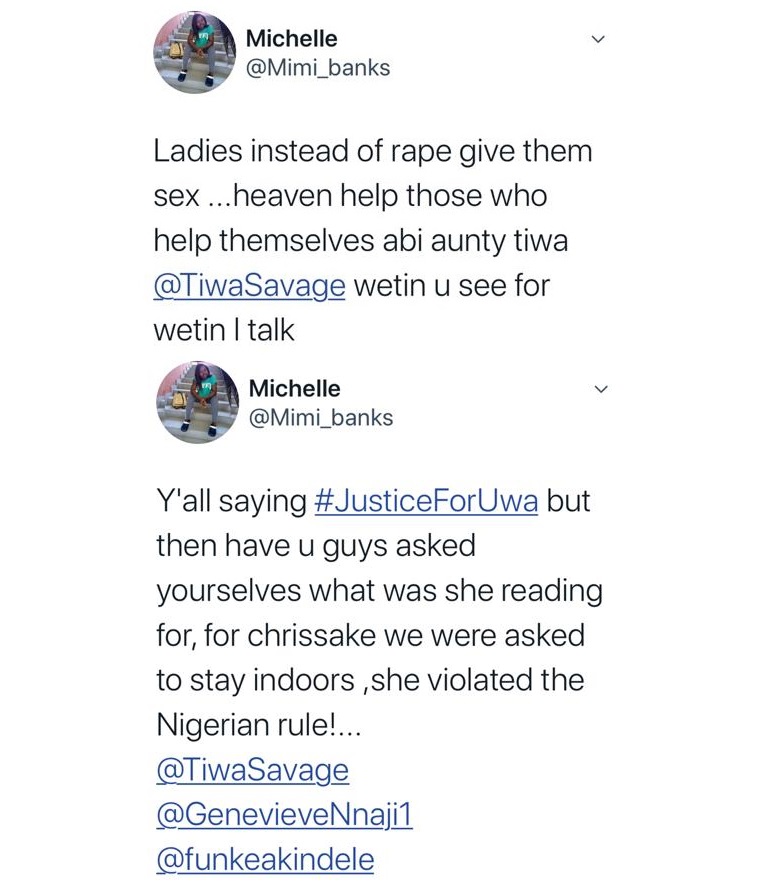 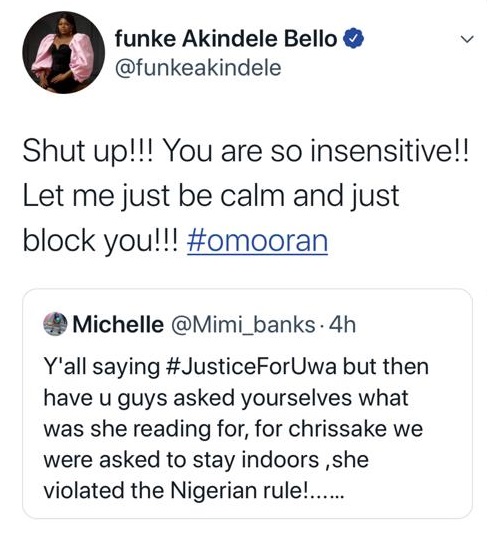 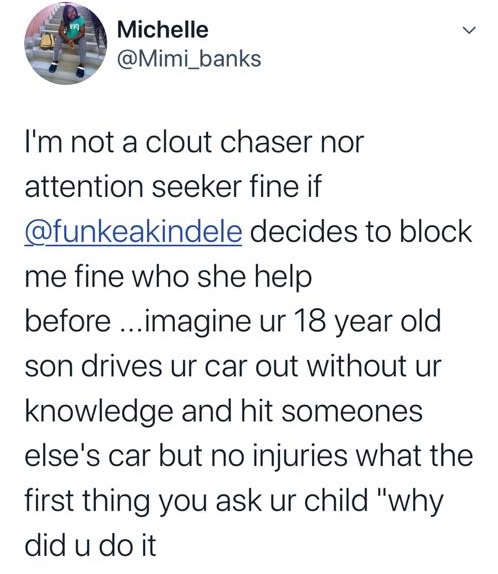