A 5-year-old boy was pulled over by a police officer while driving his parent’s car to California to buy a Lamborghini with just with $3 in his possession.

Trooper Rick Morgan noticed a driver inside an SUV driving erratically and switching between lanes on a freeway in Ogden, Utah just before noon on Monday. When he pulled the car over, Morgan said he was shocked to find a young boy behind the wheel.

‘My speedometer showed 32 miles-per-hour,’ Morgan told Fox 13. ‘It amazed me that when he heard my siren, he did pull over and stop.’

When asked where he had been driving to, the boy replied ‘California.’ 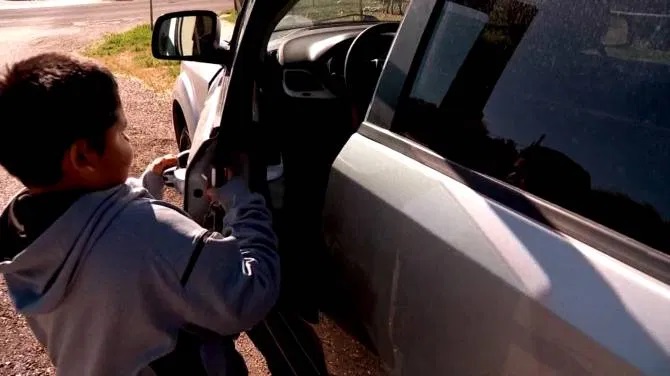 The 5-year-old reportedly told troopers that he left the house following an argument with his mother after she told him she wouldn’t buy him a Lamborghini.

Police say he had been trying to reach his sister’s house in California and had planned to buy a Lamborghini when he got there, with the three dollars in his pocket.

The boy has since been reunited with his parents.